I am usually not a Wes Anderson fan. In fact, some moments in his films can take me right up to the point of revulsion. However, the mis en scène of this film is just wonderful—every frame a work of post-pop art. The acting is great, too. But, how could it not be with players like Edward Norton, Bill Murray, Frances McDormand, and a surprisingly great Bruce Willis.

This film is one of—if not the—best “high school” movies I’ve ever seen. Every note is hit just right. Lovers of the book were not disappointed because the author Stephen Chbosky wrote and directed the film and I think he got as close to his imaginings-being a writer first and inexperienced as a filmmaker-as he could have hoped.

My apologies to Chris Nolan and Joss Whedon, but Josh Trank made the best superhero movie this year. So original and so relatable.

I can’t help that Soderbergh is one of my favorites and almost every inventive camera movement he makes gives me a mild sensation. Couple that with his fearlessness in taking on obscure and ne’er trod filmic territory and I’m a happy man, even if I’m watching half-naked men shake their toned asses all up in my grill.

Like Zero Dark Thirty, this film is a thrill-ride even though the conclusion is foregone. That must be a testament to Affleck’s direction. His acting in the lead roles of his last two films should not go unnoticed either. Sure, some moments are a little cartoonish and Disney-fied, but I think it earns most of them. This film will be on numerous cable channels every weekend for years to come.

This movie was so close to being an all-time epic, but problems with the dénouement kept it from holding that title. It is quintessentially Tarantino and the dialogue—especially coming from Christoph Waltz’s mouth—is top notch. It is true that no one else makes movies like this; however, QT’s self-indulgence and mimicry of his Spaghetti Western and 70s Exploitation idols wears thin at points and gives this film a feeling of collage rather than wholly original art like the films some of his contemporaries have learned to make (namely PTA). 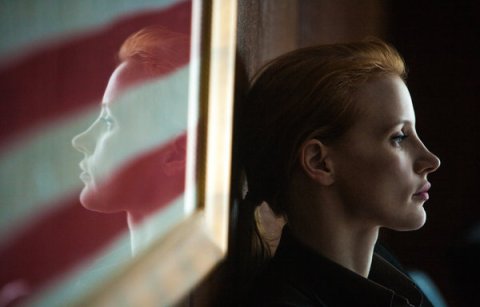 In the moment Zero Dark Thirty is very exhilarating and a great ride, but looking back on it all I can think is technical, technical, technical. I can’t say that I’d want to see it again, and I think that The Hurt Locker may be a better movie.* What can’t be argued is that Chastain is captivating and the Oscar she’ll be receiving is much deserved. Bigelow not being nominated for Best Director is as big of a snub as has ever occurred. The last 45 minutes of this film are about as well-made and edge-of-your-seat exciting as can be and that’s saying something since we all know how it will end.

*I saw this movie in a theater sitting next to the world’s most annoying family. A dad, and what I assume was an uncle, brought two kids under twelve into this movie (keep in mind this is a hard R-rated film with realistic torture and war-time violence). They sat two seats to the right of me. I admit that I sat next to them, not vice versa, so this may be my own fault. Who knows? Anyway, the uncle checked his bright, big-screened phone what felt like every five minutes. The theaters I frequent all have PSA-like commercials just after the trailers that warn against checking of phones during the film, so there is absolutely no excuse. The kids—one girl (the elder), one boy—talked and asked questions throughout the entire running length, and once got up to use the bathroom by sprinting down the dark stairs. Even the death stares I was sending their way did not make them behave and shut up. When the movie was over—after the thrilling final push and a couple of moving final scenes—both kids declared that Zero Dark Thirty was by-far the worst movie they’d ever seen. This may be my reason for not responding to this film like most others. Maybe it’s just me, but this kind of bad parenting, inconsiderateness, and poor theater etiquette is just as damaging to our society as Al Qaeda (This is a joke).

I’m so-so on David O. Russell, but I think all of the seemingly out-of-place, jarring camera work is well-earned. The story and themes are so out-there that the directorial flourishes don’t seem as brazen as they normally would. All the critics are talking about Lawrence’s performance (and she’s really great and super, crazy sexy), but Cooper is equally as good. His neuroses and f-ups are totally grating on the viewer, and I think that means he did a great job (I mean look at that cut on the bridge of his noes-brilliant). It’s good to see DeNiro (despite the underwritten flaws of his character) actually giving a crap too, since he hasn’t in a drama since Heat or Casino.

The story is outstanding and ends in a way—with real momentum—that most films fail to do. It’s such a taut script. The meta-acknowledgement of the time-travel quandary is hilarious. Rian Johnson is a great director evidenced by this, Brick, and eps of Breaking Bad. Joseph Gordon Levitt should stick to character roles like this. This is the movie I want to see most for a second time. 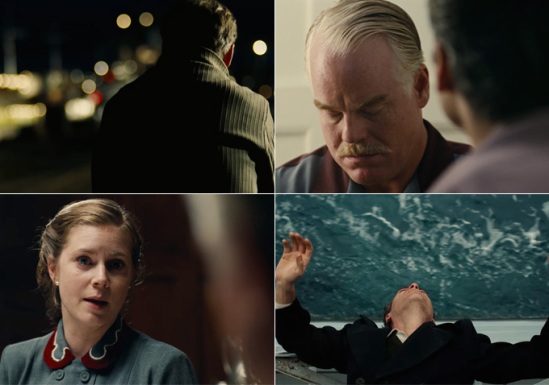 Tens of thousands of words have been spilled commenting on this film and there’s not much more I can add. However that will not stop me from saying that the performances are Uh-May-Zing and stay with you like a meaty breakfast sticks to your ribs. I understand that it may be unlikable and hard to digest, but that doesn’t make it any less of a pure work of art. Director Paul Thomas Anderson is more than likely a real genius. It will be studied in film schools in 50 years. I don’t think that can be said for any other movie that came out this year, and that’s why it must be number one.

The Rest of the  Wade-Os

I did not like this film. It felt like a portrait painted with a two-foot roller. But, Day-Lewis is nothing short of amazing. His delivery is mesmerizing and without him Spielberg’s last gasp would have been utterly unremarkable.

Denzel is superb per usual. His supreme natural charisma mixed with the subtle tics and peccadilloes of an addict make for a career best performance.

Chastain is amidst one of the greatest three-year runs an actor or actress has ever had—Take Shelter, Coriolanus, The Help, Tree of Life, Lawless, and then her starring turn as Maya in Zero Dark Thirty. She is becoming Streep 2.0.

*I haven’t seen the other critically acclaimed leading female performances. It’s a shame that there are not more good roles for women in films that are also critically and commercially acclaimed.

Hoffman’s performance is much more restrained than Phoenix’s that much is obvious. However, the character of Lancaster Dodd seems just as unpredictable, and in Hoffman’s hands the Master is captured with an ambiguous alchemy of mystery and pomp–like one of Freddie’s cocktails. Almost every scene he’s in is an acting clinic.

Although she’s only in about one-fifth of this movie, she is brilliant in some of it’s most powerful scenes. The emotion in the “I Dreamed a Dream” scene is what will have won her the Oscar.

What he did with a small budget in Chronicle was fantastic and his future is undeniably very bright. Great screenplay by Max Landis (Son of John) as well.

The kid was awesome in Chronicle, was such a likable supporting character in Lawless, and stood out in that cheesy opening scene of Lincoln. This Leo-look-alike will be around for years to come.